An Interview with Steve Wexler, Founder 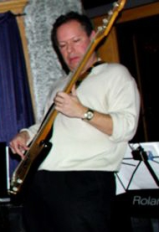 A: Sure. One of the tunes we do is "Spinning Wheel" by Blood, Sweat, and Tears. This is a great tune and the original arrangement is an absolute gem, so with the exception of swapping a baritone sax for the trombone part, our rendition is just like the original recording. Same thing goes with Wilson Pickett's "634-5789". These are examples of the "beloved classics".

Q: And what about the "refreshingly novel"?

A: We also do a much newer tune called "Who Stole My Radio" which Shemekia Copeland turned into an R&B hit a few years ago. I really love that song and the audience eats it up. The band also plays an original medley arrangement of the themes from "Pink Panther" and "Courageous Cat and Minute Mouse" - what can I say, I love great theme songs. On the funk side, we do an original take on the Pee Wee Ellis nugget "The Chicken" with the full Jaco Pastorius soul intro and it absolutely kills. So, if you know of another band that plays this fun eclectic mix, I want to hear them! 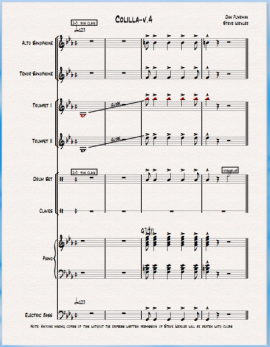 Q: In addition to Soul and Funk, you also list Latin and Swing in your repertoire. How did that get added to the mix?

A: Pretty much any music that makes people want to get up and dance is a candidate for our repertoire. The musicians in the "Top Shelf" are masters of lots of different grooves and we have some swing arrangements that really allow the players to shine. As for the Latin stuff, I fell in love with this music awhile back and had the privilege of writing for and performing with Larry Harlow, one of the Salsa greats. We do an original arrangement of a Salsa tune a friend of mine wrote and I defy you to just sit in your chair when the band plays it.

Q: A ten-piece band seems like a lot? Why so many horns?

A: You think four horns is a lot? I wish we had five! Indeed, I agonized over whether to pair the two trumpets with sax and trombone or go with two saxophones, and the desire for tenor sax and that killer "honk" bari sax won out. That said, my college roommate Bill Ash plays with us on occasion and he's able to double on both trumpet and trombone. As for the other members of the band, we're graced with having Gene Lewin on drums and Jon Cobert on keys, both of whom are very good singers and can sing lead as well as backing up our main vocalists, Edlene Hart and Russ Velazquez.